This is the fourth post of the Leadership Series, where we break down the traits and styles of leaders who've had a significant impact on the world we live in today.

We are inspired by the woman who is the ONLY black female billionaire in the U.S -- Oprah Winfrey. She hosted and produced one of the most successful talk shows in history, started her own television network, ran her magazine, and launched a renowned Book Club. All while she was being authentic. There's a lot to learn from here.

When you think about leadership or leaders… who comes to your mind? It's either people from the business world or the political world. You think of Gandhi, Lee Kuan Yew, Steve Jobs or Indra Nooyi. These were/are great leaders to look up to but let's broaden our horizons a bit and explore a little more about what leadership truly means.

This is crucial before we learn a few lessons from Oprah Winfrey.

A leader is someone who is willing to use their knowledge, insights, experiences and courage to serve others. They inspire and motivate their team. Leaders have a vision and create a path to realise it. They ensure that people around them or working for them have the support and tools they need to achieve their goals.

Oprah Winfrey has all these qualities, and that's why she is one of the most influential leaders of our times. This woman has inspired people from all walks of life to lead with authenticity, do impactful work for the community and uplift others in their own journey of rising from the ashes.

Tom Hanks, the great actor, once said: "I believe Oprah wakes up in the morning and both personally and professionally wonders what she can do specifically in order to make the world a better place."

Why does Oprah inspire everyone?

In the leadership world, you'll hear advice to keep a neutral, poker face and not get carried away by emotions. A leader is often perceived as unstable or irrational if they display too much sadness or joy over anything.

But Oprah is known to shed tears on people's stories. Whenever she talked to a guest on her show and related to their story, she would also share her own story.

She shows compassion towards her employees as well. She knows the names of everyone who works for her and would occasionally ask about their lives and chat about daily work. Management schools might teach upcoming leaders to stick to the protocols and not decrease their influence by appearing to be 'soft'.

But Oprah used her emotions as a strength to relate to people - be it with guests or her employees. She is a sound businesswoman who built this empire of shows, books, magazines and influence.

But she also understands that emotions and stories are a way to build connections.

But in leadership, people tend to lead with only knowledge.

Too many emotions also have their drawback. Excessive excitement can make your team feel like everything is extremely well, and they can have some complacent behaviours. Or too much worry can make it feel like everyone is in the wrong place.

The trick is to draw a balance between the two. Respect your emotions and take note of what you are feeling. Then reflect on your past experience, logical explanations and possible consequences to see how you should react to your feelings.

Leading from authenticity and true intentions

When Winfrey's talk show first began, it aired sensational topics. But after an episode where a woman found out on the air that her husband had been infidel to her, Oprah decided to change the show’s format. It did not feel right to Oprah. She didn't want to compromise on her value for popularity.

The Oprah Winfrey Show shifted its focus to self-improvement from that point on.

She started asking, “What do I intend to happen from the outcome of this decision or this choice?” She instructed her producer not to bring a show or an idea unless there's a clear intention about why we’re doing it.

And it worked! This shift won her the first Emmy award.

“I had no idea that being your authentic self could make me as rich as I’ve become. If I had, I’d have done it a lot earlier.” –Oprah Winfrey.

Changing the intention from doing just another television show to actually intending to be of service to the viewers changed the trajectory of the performance and her life.

When the leaders lead with authenticity and intentions, that sets the tone for everyone else and how they should conduct themselves at work. When employees also bring in their authentic selves, they would either be highly satisfied with work or quickly realise that this is not their calling and make space for someone more invested in the mission.

Being intentional means, you are clear about your purpose and thoughtful about the consequences of your strategy and actions. Your intentions as a leader will help ensures you prioritise well and have a clear vision of where the company is going and where it certainly doesn't want to go.

Preparing for the moment of opportunity

Roman philosopher Seneca once said, "luck is preparation meeting the moment of opportunity."

When asked about how she got so "lucky", Oprah quotes Seneca and his words about luck. She was waiting for her big break but not sitting idle.

She was poor, black, and female in rural Mississippi. But Oprah did not believe in those labels. She did not let these labels stop her from learning about things. She studied communication and upgraded her knowledge in literature, self-improvement, mindfulness, and spirituality, bringing to her TV shows a sense of freshness and authenticity.

What’s the point of gaining a lot of opportunities if you can’t take advantage of them?

Preparing for the opportunities takes time. Being ready for opportunities can help you climb up the corporate ladder as a leader or get a better deal for your company. A leader who is prepared can help lift everyone else. To be ready, you should stay curious and educate yourself.

Leadership doesn't only mean you have to be a manager, part of an exec team or some political party. You become a leader when you take the responsibility to correct the wrong and speak up about it.

Long before Oprah was taking her team members on all-paid vacations or handing out expensive gifts in her shows, she fought the issue of fair pay for her women colleagues working on The Oprah Winfrey Show was underpaid.

She has mentioned this story in multiple interviews. She was making good money, but her producers were getting the same, meagre salary. She went to her boss and said, "Everybody needs a raise." And he said, "Why? They’re a bunch of girls. What do they need more money for?"

Deeply frustrated with the response, she told him, "Well, either they’re going to get raises, or I’m going to sit down. I will not work unless they get paid." And so they did.

She treats her employees really well and is known to splurge on all-paid vacations for her staff and encourage them to find their purpose and build their businesses.

Mark Zuckerberg said, "Treat your employees right so they won't use your internet to look for the next job."

A company might take pride in its billions of dollars in revenue, fan following and top-notch technology but the people who make all this work are a company's biggest asset.

If you take care of them, they will take care of the business, the clients, your products and everything. Treating right doesn't mean you have to sponsor expensive vacations. It can also mean treating them with respect. They shouldn't feel like employee #655. Show that you are vested in their growth by offering a learning & development budget. Encourage them to spend time with their family and take vacations. Celebrate their wins and appreciate their role in your business.

Excelling in communication and presentation skills

Oprah is a great orator and an excellent presenter. Whether it's talking to people 1:1 in an interview or addressing a theatre full of thousands of people, or communicating with her staff, she is clear and confident in her articulation.

She can get her message across in a powerful way without flinching about her opinions and doubting her vision.

Communication is not just one way. Winfrey understands that listening is as important as speaking when it comes to communicating. People opened up to her about their stories because they knew she would listen intently.

Anyone can convey information. But a leader is the one who can influence people to act on the information they give. Information sharing, motivating and influencing with words are at the core of strong leadership. Whether you communicate via speeches, in writing or through online videos, good communication and presentation skills can get you the results you want for your company.

To improve upon your skills, you can do a few things:

What is charismatic leadership?

Charismatic leadership is a style of leadership where the leader relies on her communication skills, persuasiveness, and charm to influence others. They tend to evoke strong emotions from their audience and teams. They have an intense commitment, strong belief and a deep connection to their company's purpose, which inspires conviction from others.

A charismatic leader is:

What are the pros and cons of the charismatic style of leadership?

When should you use charismatic leadership?

Charismatic leaders are incredibly effective in times of uncertainty, existential threat and when you need to create a movement amongst your audience. This leadership style relies on having a high emotional quotient and being optimistic.

That's why examples of famous charismatic leaders tend to be people who lead through crises, for example, Winston Churchill, Margaret Thatcher and Martin Luther King Jr. Charismatic leadership is the perfect style to motivate employees to achieve more significant goals.

When is charismatic leadership least helpful?

When employees don't trust the leadership at all, a charismatic leader might not be able to help. It may irritate the employees even more as leaders haven't built any trust with the employees but expect great results in return.

If the organisation is struggling with growth and need a more tactical approach, then a charismatic leader might not help. They might be able to motivate people, but the team needs skilled members, experts, and more hands-on people in times of growth.

Are charismatic leaders born or made?

The real charisma of a charismatic leader comes from their personality, which can be attributed to nature and not nurture. However, one can work towards building confidence, communication skills, bold vision and courage to create a charismatic personality.

Here is a quick summary of what we can learn from Oprah Winfrey's charismatic leadership style: 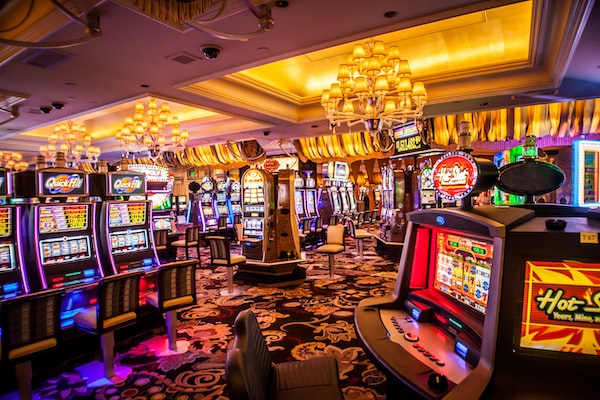